Who Is The Light? 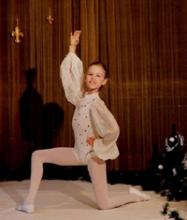 Shortly after the longest night in December we celebrate Christmas. It also is called the day or night of light, the festival of light. We have Christmas trees, and in all kinds of places people lit up candles.
Yet in other cultures and in various religions people also celebrate light and even gods of light. This does not only appear somewhere far away. Right next door, followed by the New Age movement so called workers of light came up.

Yet who or what really is light? Is there a God of Light? Who is it?

Since the beginning of life as such light has been something very important to all human beings. In many areas it even is considered holy. Light is a synonym of life, because without light life cannot exist. Thus it is not surprising that humans have considered light as something divine ever since.

In the very beginning of the Bible in the book of Genesis we read the following:

In the beginning God created the heavens and the earth. Now the earth was without shape and empty, and darkness was over the surface of the watery deep, but the Spirit of God was moving over the surface of the water. God said, "Let there be light." And there was light! God saw that the light was good, so God separated the light from the darkness. God called the light "day" and the darkness "night." There was evening, and there was morning, marking the first day. (Genesis 1, 1 – 5)

When basically assuming that the whole universe was created by a Creator, and when calling this Creator "God", then we find out that first of all He differentiated between light and darkness.

Don’t be irritated by the word "day". This simply means "period of time". It definitely does not mean 24 earthly hours.

So God saw, that the Light was good.

In most cultures Light is defined as "good" on the contrary to darkness which is considered "evil". Every man needs certain values for his personal orientation in life. Light and darkness are clear and well recognisable synonyms for good and evil.

In the course of time many more clear symbols for good and evil have turned up. They all helped the human beings to keep their moral values in order. As synonyms for "evil" as such words like "satan", "devil", "witch", and many more were added.

Only in recent decades, however, certain changes have gradually turned up. In children’s books and children’s movies there appeared charmingly sweet little witches which children were supposed to enjoy. Yet a witch is not sweet but she is evil by definition just as "ice" by definition is frozen water and not hot soup.

Making evil appear harmless makes it more and more difficult for people to distinguish between good and evil which is especially dangerous with respect to proper child education.

Suddenly "light workers" showed up which try to drag people toward occultism. But isn’t "light" per definition considered to be "good", so logically light workers should be good as well? Attention! They are just as good as the sweet witch is a dear.

If you want more and more detailed information on this subject, look at www.spiritlight.eu .

So nowadays unfortunately we have to be very careful when dealing with the subject "light" as such and especially when people turn up who suggest us to follow the light. Whenever this happens, ask the person in question what he or she precisely means when talking about "light".

Here, too, the Bible helps us. John wrote in his Gospel the following:

The real light which enlightens every man was even then coming into the world. He was in the world, but the world, though it owed its being to him did not recognize him. He entered his own realm, and his own would not receive him. (John 1, 9 – 11)

These words almost sound like a secret message. Who is this real light, which came into the world, yet which was not received by the world? Some chapters later John gives us the explanation:

Once again Jesus addressed the people, "I am the light of the world. No follower of mine shall wander in darkness, but he shall have the light of life."

Here we read it very clearly: Jesus is the real light, the Light of life. There exists no other light that would be able to give life, it only is Jesus, he alone.

Feasts of the year